Guest blog by my Nan.

When Alex asked me to write a guest blog about the wildlife we saw on our recent trip to Australia he limited me to 500 words and 15 photos. This forced me to focus on what impressed us most so I decided to write about just two special places we visited.

The first is Kakadu, a National Park located in the tropical rain forests of the Northern Territories. While there we took a boat trip along the yellow water billabong looking for crocodiles and other wildlife. We saw many saltwater crocodiles. These are much larger and more dangerous than the freshwater crocs. They can grow to around 6 or 7 metres long but are normally less than 5 metres and although they do not eat people they will attack you if you invade their territory. They can move very quickly and we were told that you should not walk within 5 metres of them. They will grab prey with their strong jaws, which can exert a pressure of several tons, and drag them underwater rolling them over in a ‘death roll’ until they drown.

Along the banks we saw many different birds, the most impressive of these being the Jabiru. This bird was hunting for snakes in the grass. When it found one it pulled it out from the grass and ate it. 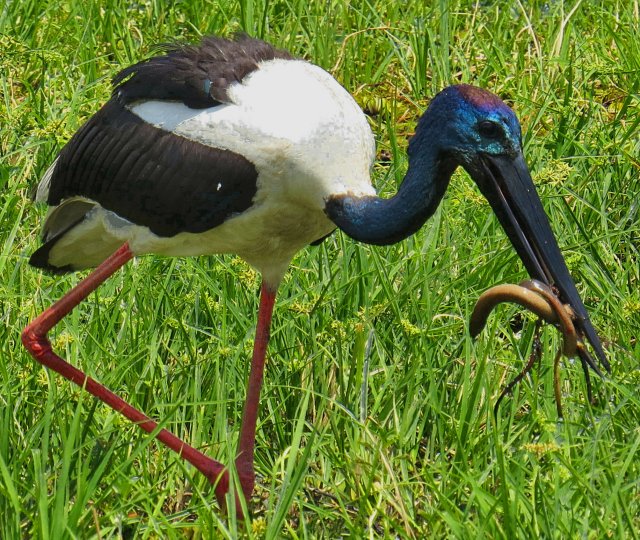 The second place was probably our favourite place. 3071 kilometres south of Kakadu Kangaroo Island is in the more temperate South Australia. We were in a small group with a 4 wheel drive vehicle so were able to reach places where the coaches were unable to get to. Our first sighting was some kangaroos, which are, like most other Australian mammals, marsupials. We were able to walk towards the animals and get within about 30 metres before they moved away. We were lucky enough to see mothers with their babies (joeys) in the pouch. 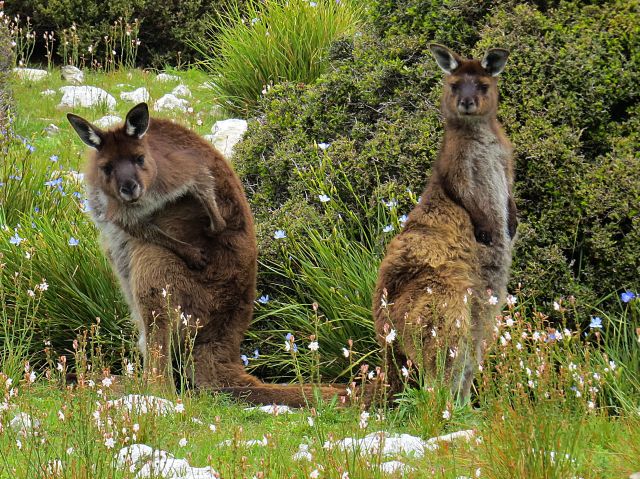 In the afternoon we visited the endangered sea lion colony on the beach and could walk fairly close to them being careful not to come between mothers and babies. These sea lions are big and very strong and can and do attack people.

On the second day in the morning we visited the New Zealand fur-seal colony on the rocks at Cape du Couedic. On our walk towards the rocks we passed a Tiger snake sunning himself by the path. This is one of the most venomous snake in Australia. Although Australian snakes feature in the most venomous snakes in the world very few people actually die from snake bites. Australian snakes are not heat sensitive so if you keep still they will not detect your presence. Secondly they have small teeth and tongues so provided you wear strong boots and trousers it is unlikely they will be able to inject their venom into your skin. Lastly unlike other snakes where the venom is injected directly into the blood system their venom is injected into the lymphatic system so travels to the heart more slowly giving you more time to get help. 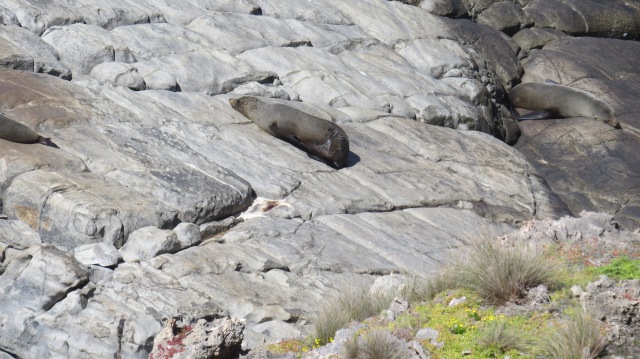 We had our lunch in a beautiful setting in the bush and were lucky enough to see a possum high up in a tree, several koalas and a wallaby. Also we had our first sighting of an echidna, a spiny egg laying mammal similar to our hedgehog but with a longer snout. We had been searching for one throughout our time in Australia so it was very exciting.

After lunch we visited a conservation park where we went for a walk amongst the eucalyptus trees. There were many koalas up in the trees. They live mainly on eucalyptus leaves so need to eat vast quantities to support their life. Because this diet is not very nutritious they spend most of the day and night asleep perched high up in a tree. We also saw some wallabies and kangaroos in the bush.

During our stay in Australia we saw many other animals and birds such as wombats, tasmanian devils, a platypus, parrots and lots of other birds but there is not space to show these.

This is my diary of the wildlife where I live in Oxfordshire, and sometimes the places I visit. My passion is for British wildlife, especially Badgers and Hares. This year my debut book "Get Your Boots On" was published I am a keen amateur photographer. All the photographs on this blog are taken by myself unless stated otherwise. I am a member of A Focus on Nature, the network for Young Nature Conservationists, BBOWT, The Oxon Mammal group and The Oxfordshire Badger Group. You can also follow me on Twitter @Appletonwild Instagram appletonwild
View all posts by Alex White - Appletonwild →
This entry was posted in Australia, Blogging, mammals, nature, outdoors, Uncategorized, Wildlife photography and tagged Australia, Crocodile, Fur seal, images, Jabiru, Kangaroo, Kangaroo Island, Koala, nature, outdoors, photography, Sea Lion, Snake, Tiger snake, Tourism, Wallaby. Bookmark the permalink.