After the last few miserable days of rain and fog it was nice to get out on a bright blue, clear day. The sun was low, casting golden rays across the reedbeds and reflecting off the water.

We had driven over to Otmoor on the chance of seeing a Short-eared owl and the amazing murmurations on this RSPB reserve.

Whilst waiting for the murmuration to start at Otmoor we wandered around. My first encounter was a majestic Kestrel hovering above the marshland occasionally swooping down getting ready to grab its prey.

A couple of photographers were taking photo from the path. It took me some time to scan through the reeds at the edge of the water to see the Snipe.

Although in the end I didn’t see a Short-eared owl I did see a Mash harrier perched in the distance. 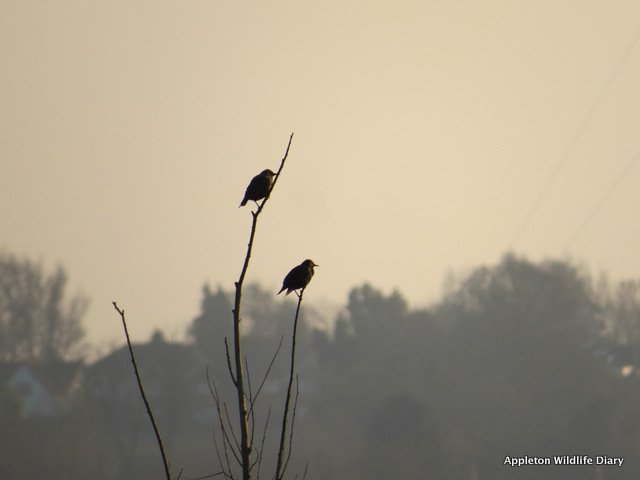 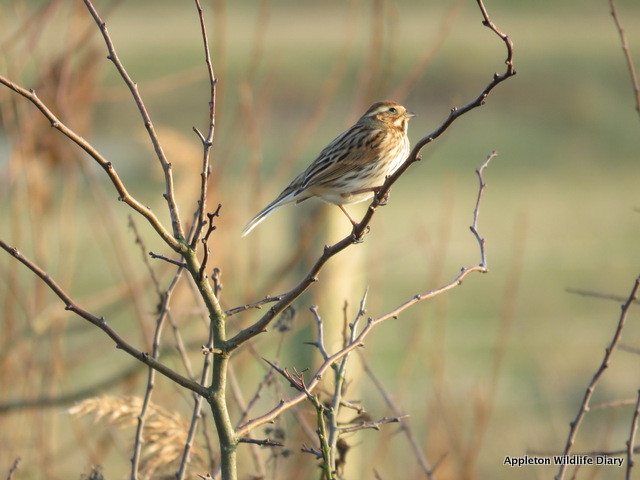 I come over to Otmoor every year to see the murmurations but it is a bit of a hit or miss as to whether the Starlings put on a display or go straight down to roost.

This afternoons murmuration started with one small group of starlings twisting and turning at a very low level. Looking up in to the distance I saw the familiar shape of a black cloud made up of hundreds of Starlings. One to the East, One to the West, one South and one North. Starlings were coming in from all around the County. On arriving they quickly joined in with the already present groups.

Rather than the mind-blowing patterns in the sky the Starlings poured  down in to the reedbeds, wave after wave, like a mini tornado, which was no less impressive.

Thousands upon thousands flowed down from the sky to the land. The beat of their wings making an undulating sound like waves on a beach.

After around 10 minutes, with more and more Starlings coming, the group that had already landed decided that it was the wrong place to roost, perhaps the Marsh harrier nearby, or a Bittern that came and landed right amongst them spooked the Starlings, but one after another, thousands of Starlings lifted just over the height of the reeds and past in front of us on the path and started the same tornado looking wave after wave downward spiral in to the reedbeds to our right.

Within 30 minutes it was all over for another evening. 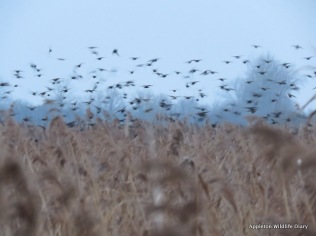 This is my diary of the wildlife where I live in Oxfordshire, and sometimes the places I visit. My passion is for British wildlife, especially Badgers and Hares. This year my debut book "Get Your Boots On" was published I am a keen amateur photographer. All the photographs on this blog are taken by myself unless stated otherwise. I am a member of A Focus on Nature, the network for Young Nature Conservationists, BBOWT, The Oxon Mammal group and The Oxfordshire Badger Group. You can also follow me on Twitter @Appletonwild Instagram appletonwild
View all posts by Alex White - Appletonwild →
This entry was posted in birds, nature, Nature reserve, outdoors, Oxfordshire, photography, RSPB, Uncategorized, Wildlife, Wildlife photography, winter and tagged birds, kestrel, Marsh harrier, Murmuration, nature, Nature reserve, RSPB Otmoor, Snipe, Starlings, Sunset, wildlife, winter. Bookmark the permalink.

2 Responses to Starlings at Otmoor