A quick break from my South African trip blogs to report that I have positively spotted my local Buzzard H3 again.

I’ve had times when I think I have seen her, but it’s been since October 2016 since I have managed to get her green ring in a photo. 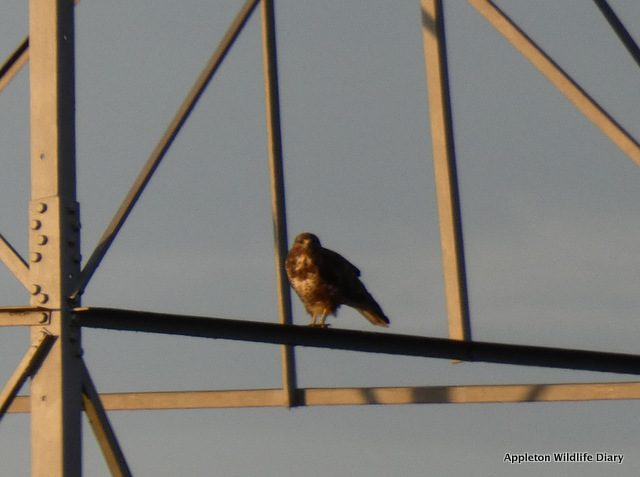 I first spotted H3 in September 2013 but it took me until February 2015 to get close enough to her to read the numbers on the ring. 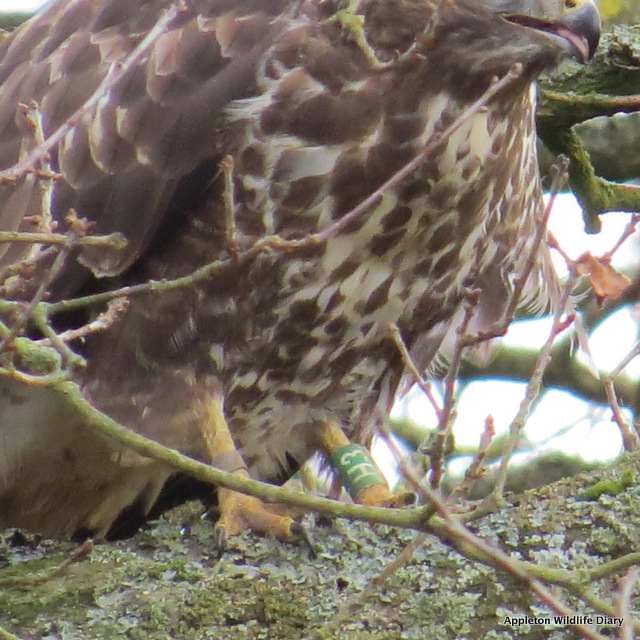 This is what I wrote on my blog February 2015

At the beginning of February I finally got a picture of the ring on the Buzzards leg that I had been trying to take for ages.
I emailed Euring with the details and I had some information back from BTO today.
H3 was ringed as a nestling on 22nd June 2013 at 16.30 at Hampton Estate, Seale in Surrey.
This means that my local Buzzard has travelled 72km from where it was born.

This is my diary of the wildlife where I live in Oxfordshire, and sometimes the places I visit. My passion is for British wildlife, especially Badgers and Hares. This year my debut book "Get Your Boots On" was published I am a keen amateur photographer. All the photographs on this blog are taken by myself unless stated otherwise. I am a member of A Focus on Nature, the network for Young Nature Conservationists, BBOWT, The Oxon Mammal group and The Oxfordshire Badger Group. You can also follow me on Twitter @Appletonwild Instagram appletonwild
View all posts by Alex White - Appletonwild →
This entry was posted in birds, nature, Oxfordshire, photography, Uk nature, Uncategorized, Wildlife, Wildlife photography and tagged birds, Birds of prey, BTO, Buzzard, H3, Local patch, wildlife, Wildlife photography. Bookmark the permalink.

4 Responses to H3 – found her again