Not far from Tenqinua Treetops, where we were based for a few day, was Westford Bridge Wetlands, a great place for birds and wildlife.

The wetlands are South Africa’s third most important botanical and ecological area and it holds many species of birds and fish including the endangered Knysna Seahorse.

The Pied Kingfisher is largest bird capable of a true hover in still air. We saw quite a few of these birds together on the wires, because unlike our native Kingfishers in the UK, Pied Kingfishers are sociable, and form large roosts at night. 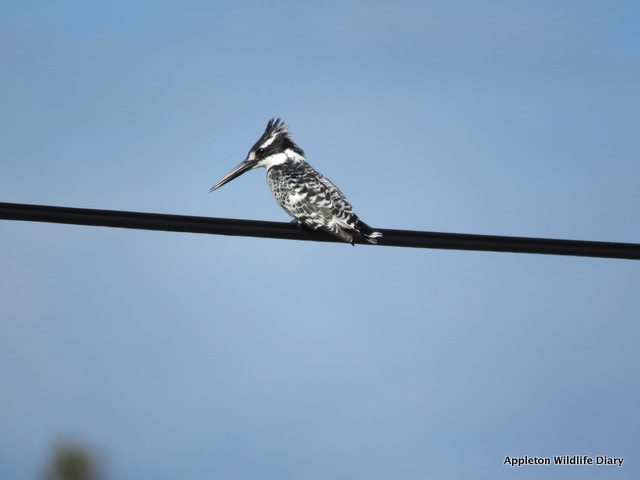 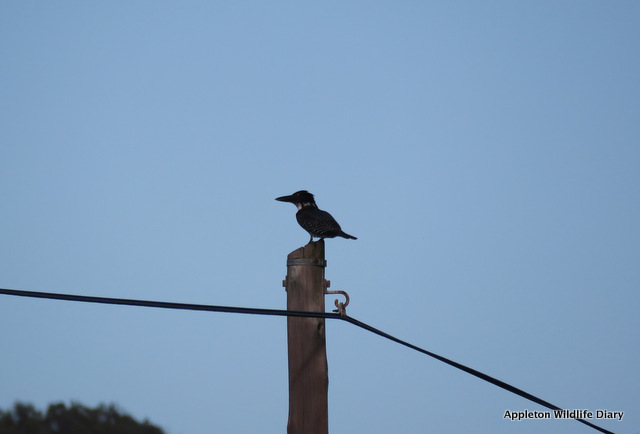 Just as we were driving away from the wetlands a Cape Grey Mongoose ran out in the road in front of us, sat and scratched itself, before noticing the car and trotting back off in to the trees.

The Cape Grey Mongoose are solitary animals feeding on insects, small rodents, birds, reptiles, amphibians, fruit and carrion. As its name suggests it is found around the Cape area of South Africa.

Feeding in the Wetlands are many African Spoonbills. They feed in shallow water on fish, molluscs, amphibians, crustaceans, insects and larvae. Spoonbills have large, flat bills and feed by wading through shallow water, sweeping their partly opened bill from side to side.

One of the other places nearby that we spent an afternoon at was Coney Glen Beach. Other than it being a stunningly beautiful place, while stood looking out to sea we spotted a Humpback whale. It was tail slapping, leaping out of the water and creating a huge amount of splashing.

This is my diary of the wildlife where I live in Oxfordshire, and sometimes the places I visit. My passion is for British wildlife, especially Badgers and Hares. This year my debut book "Get Your Boots On" was published I am a keen amateur photographer. All the photographs on this blog are taken by myself unless stated otherwise. I am a member of A Focus on Nature, the network for Young Nature Conservationists, BBOWT, The Oxon Mammal group and The Oxfordshire Badger Group. You can also follow me on Twitter @Appletonwild Instagram appletonwild
View all posts by Alex White - Appletonwild →
This entry was posted in Animals, birds, nature, outdoors, photography, South Africa, Uncategorized, Whale watching, Wildlife, Wildlife photography and tagged African Spoonbill, Cape Grey Mongoose, Coney Glen Beach, Giant Kingfisher, Humpback whale, Knysna, Pied Kingfisher, South Africa, Speckled Pigeon. Bookmark the permalink.