Over the weekend I had a chance to borrow a thermal imaging camera.

Thermal imaging works by using a special lens which focuses the infrared light emitted by all of the objects in view.
The focused light is scanned by infrared-detector elements. The detector elements then create a detailed temperature pattern called a thermogram.
The thermogram is translated into electric impulses. The impulses are sent to a signal-processing unit, which turn it into data for the display, where it appears as various colours depending on the intensity of the infrared emission. The combination of all the impulses from all of the elements creates the image.

It takes a while to get used to the temperature scale to get the best picture.

I took the thermal imaging camera out during the day. It is a lot harder to make things out at a distance, but I like the way you can take a photograph as well as the thermal image.

The most interesting image is of the oak tree covered in Ivy as you can see how much hotter the Ivy is than the tree trunk.

Here on my dog, the white parts are the warmest. The red areas such as his tail and the tips of his ears are slightly cooler. 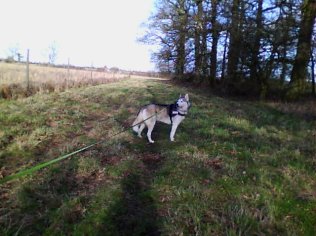 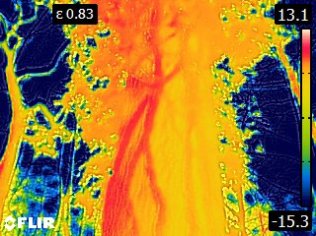 Later that evening we watched two badgers on the edge of woodland, without the thermal imaging camera we could only hear them.

You can just make out the small blue dot which is a Fox running across the field. 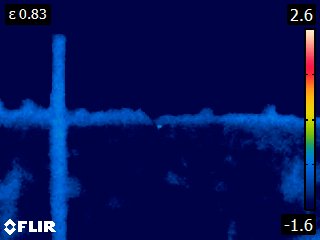 I presume this is two badgers but can’t say for sure.

This glowing white blob is a Wood Mouse, which I spotted in the torchlight. 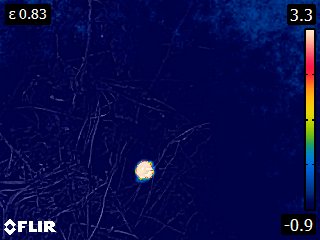 I think this one is a Rabbit.

This is what a Human looks like on a thermal imaging camera.

This is my diary of the wildlife where I live in Oxfordshire, and sometimes the places I visit. My passion is for British wildlife, especially Badgers and Hares. This year my debut book "Get Your Boots On" was published I am a keen amateur photographer. All the photographs on this blog are taken by myself unless stated otherwise. I am a member of A Focus on Nature, the network for Young Nature Conservationists, BBOWT, The Oxon Mammal group and The Oxfordshire Badger Group. You can also follow me on Twitter @Appletonwild Instagram appletonwild
View all posts by Alex White - Appletonwild →
This entry was posted in Badgers, mammals, nature, outdoors, science, Uncategorized, Woodland and tagged Badger, dog, fox, Roe deer, science, thermal image camera, wildlife, Wood mouse, woodlands. Bookmark the permalink.