The badgers are struggling on through with the lack of water. The side stream has been dry since May and the large, back stream is now very low.

Along with lots of other badger watchers all over the country who look out for their nearby setts, we have been taking water and food down to our badgers.

After topping up the water bowls and spreading food around on the woodland floor, I settled down behind a tree to wait for the first sign that the badgers are emerging.

The wood is humid, I can almost feel the air pressing against me and within the first few minutes my T-shirt is starting to stick to my back. 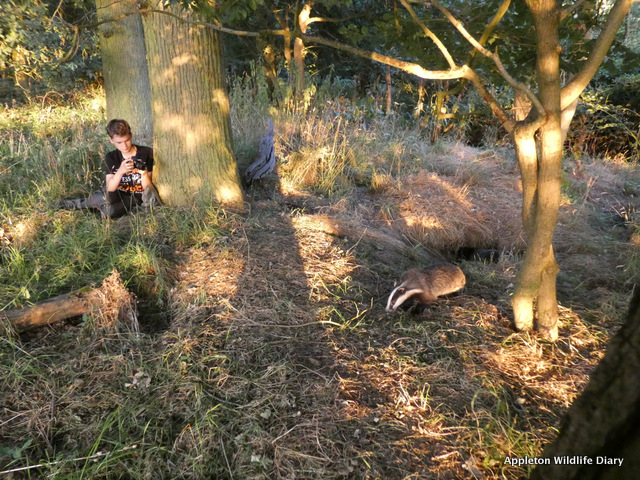 Insects buzz lazily from plant to plant but other than that the wood is strangely silent. A scratching noise indicates a badger is awake. Through the silent air the sound carries, I’m particularly aware of how much noise I make just adjusting my feet or moving my camera.

A black nose appears, sniffing the air, cautiously one of the badger cubs takes a couple of tentative steps out, this is Bob. He is the shyest of the two cubs and will scatter of at the slightest noise. 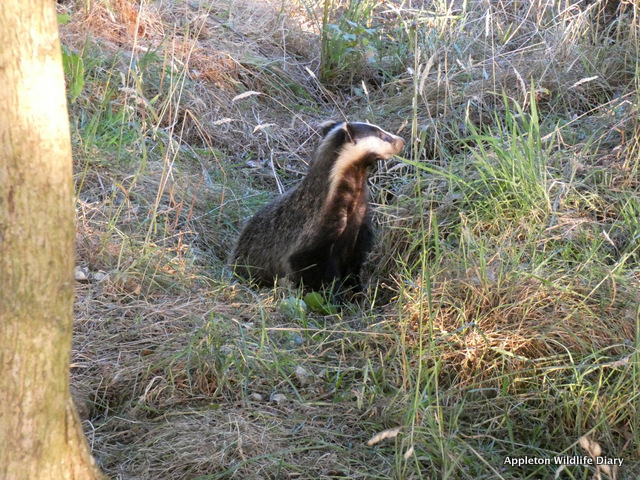 Meanwhile ‘Bit’ the smaller cub is braver and comes trotting out from under the brambles. The noise of the second cub appearing sends Bob back down the tunnel. 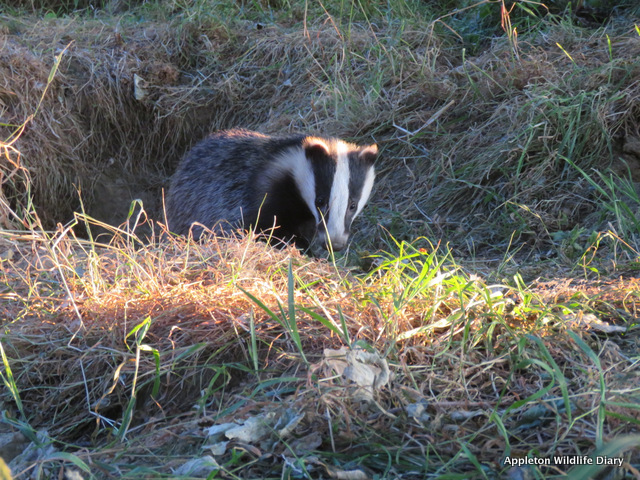 When you spend time with a particular clan it becomes quite easy to tell individuals apart. These are this years cubs, already you can see Bob on the right has a stockier face, the spot may or may not disappear, the tiny scar above the spot matches his mums scar on her face, he is much more timid than his sister even though he is much bigger. He looks more like a bear the way his ears are positioned.
‘Bit’ on the left has a longer, thinner face. She has a white patch on her left hip and one just above her tail. She acts much bolder than Bob and is always the first one to appear in the evening. She is much more inquisitive and will stand on her hind legs to reach up to the blackberries. 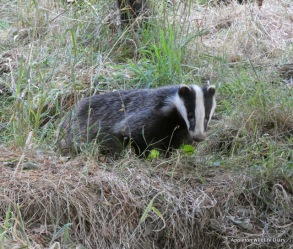 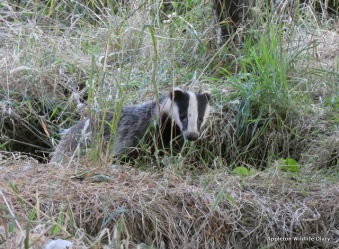 I sat and watch the two cubs for around 30 minutes trying my hardest not to move each time I got bitten by an insect, when a third cub appeared. This was fantastic, we haven’t seen the third cub for over a month and had presumed it had died. This third cub is a little bigger than Bit and has a similar face except quite a bit of pink around its nose, we named it ‘Bee’

Out of one of the main entrances an adult badger appeared and trotted off in the direction of the meadow, Bee followed. Bob and Bit snuffled off down towards the back half of the sett, so I decided it was time to leave and head for home. 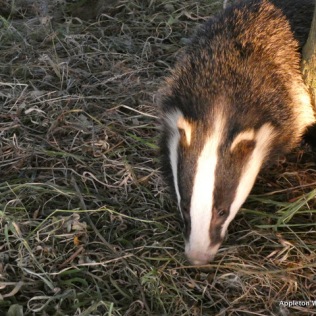 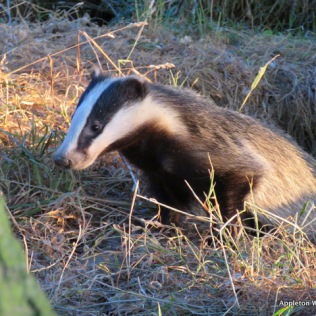 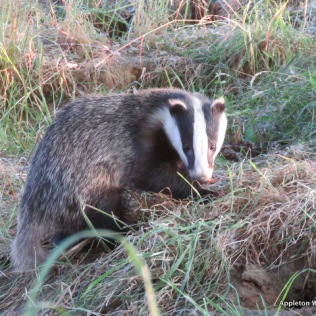 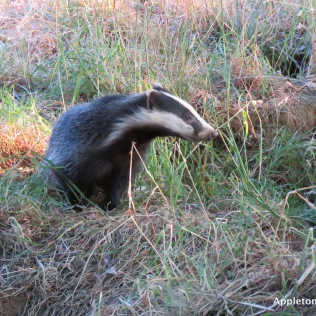 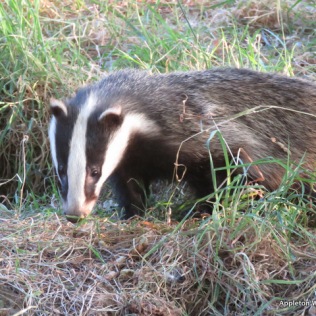 This is my diary of the wildlife where I live in Oxfordshire, and sometimes the places I visit. My passion is for British wildlife, especially Badgers and Hares. This year my debut book "Get Your Boots On" was published I am a keen amateur photographer. All the photographs on this blog are taken by myself unless stated otherwise. I am a member of A Focus on Nature, the network for Young Nature Conservationists, BBOWT, The Oxon Mammal group and The Oxfordshire Badger Group. You can also follow me on Twitter @Appletonwild Instagram appletonwild
View all posts by Alex White - Appletonwild →
This entry was posted in Animals, Badgers, Blogging, Environment, Local patch, mammals, nature, photography, Uncategorized, Wildlife, Wildlife photography and tagged Animals, Badger cubs, Badgers, Environment, nature, nature photography, Uk nature, wildlife, Wildlife photography. Bookmark the permalink.

12 Responses to Snuffling on through