This morning I was invited to Oxford University Museum of Natural History to talk to a summer school group about wildlife, blogging and photography. As this is one of my favourite places in Oxford I couldn’t refuse. 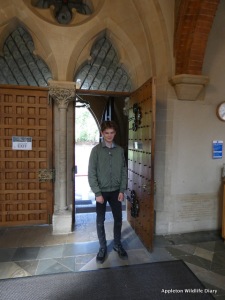 Shortly after talking to the group of young people we were joined by Zoe, an entomologist, who gave us all a really fascinating guide on the importance of collecting and recording insects. Followed by how you mount and label them.

How to pin a beetle

Larger specimens are pinned, with the legs and head showing for easier identification.

Smaller specimens are glued either on a flat card or mounted so you can see the underparts more clearly.

It was fantastic to see some insects that the summer school group had collected the previous day, now mounted and labelled with their names added as the collector.

Even more fantastic to hear was that one of the insects caught hadn’t been collected by the museum since 1870.

After this, and while the summer school group were off doing other things, I got a private tour of behind the scenes at the museum. One of the highlights was to see a Dodo bone. 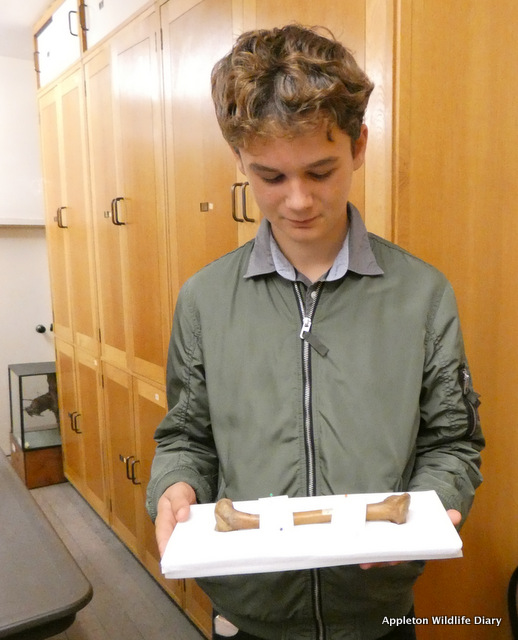 Next I was shown the actual room where The Great Debate took place.  The debate was held at OUMNH on 30th June 1860, between Thomas Huxley who was on the side of Charles Darwin’s concept of evolution by natural selection with Samuel Wilberforce, Bishop of Oxford who argued the idea of biblical creation.

Darren, Head of Life Collections, was very kind to spend time showing me some of the insect collects from the past including a tray of Charles Darwin’s insects, as well as teaching me about Irecord a modern way of recording and sharing information of species between ecologists, scientists, experts and enthusiasts, but it was interesting to hear that although with the use of modern technology there is still an important place to have a specimen of the actual insect in a museum or lab to study close up for id and research.

This is my diary of the wildlife where I live in Oxfordshire, and sometimes the places I visit. My passion is for British wildlife, especially Badgers and Hares. This year my debut book "Get Your Boots On" was published I am a keen amateur photographer. All the photographs on this blog are taken by myself unless stated otherwise. I am a member of A Focus on Nature, the network for Young Nature Conservationists, BBOWT, The Oxon Mammal group and The Oxfordshire Badger Group. You can also follow me on Twitter @Appletonwild Instagram appletonwild
View all posts by Alex White - Appletonwild →
This entry was posted in Animals, Blogging, Citizen science, Environment, insects, Museum, nature, Oxfordshire, photography, science, Uncategorized, Wildlife and tagged Blogging, Charles Darwin, Dodo, Environment, insects, Irecord, natural history museum, nature, science, The Great Debate, wildlife. Bookmark the permalink.

5 Responses to Interesting morning at O.U.M.N.H