Last weekend I joined Oxfordshire mammal group on a morning of checking and collecting Longworth traps.

Longworth traps are used in small mammal surveying. They are laid in areas with vegetation and baited with apple for moisture, bird seeds and casters for shrews. Each trap is filled with hay for bedding so the voles, mice or shrews are well provided for while they are in the trap. 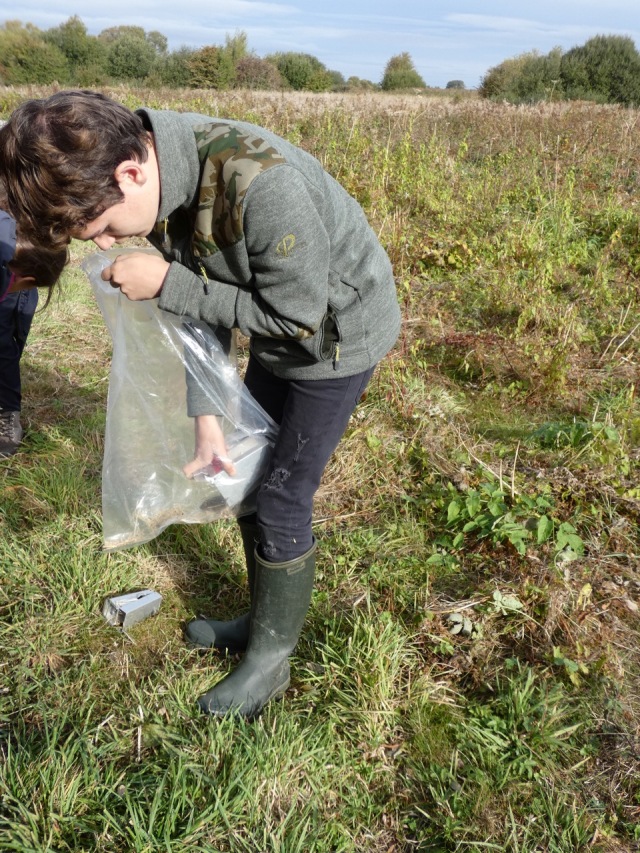 After the traps are collected they are opened in to a clear plastic bag and the hay is gently pulled out.

The food and hay is removed before we could handle the mammal. Once the trap is empty and removed, the animal is gently coaxed in to the corner of the bag and lightly held from the outside. The other hand then firmly grasps the scruff of the neck, inside the bag.

The animal is quickly sexed and recorded. Except if it is a shrew, in which case it is just recorded. 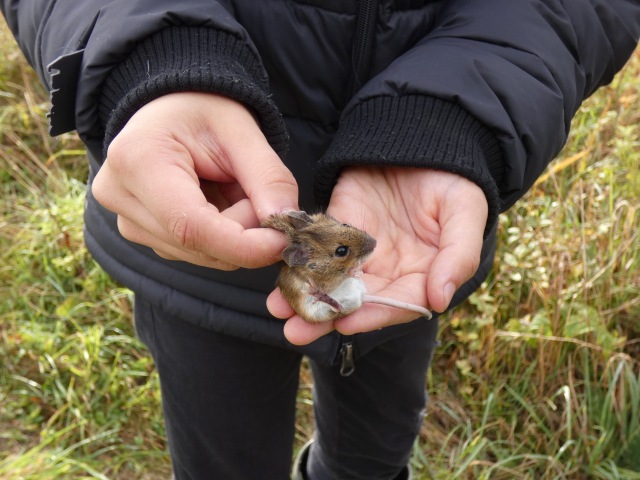 The shrews aren’t handled because they are easily stressed.

The animal is then released back to where it was caught.

Sometimes they run off in the wrong direction, but quickly find cover or the right way. 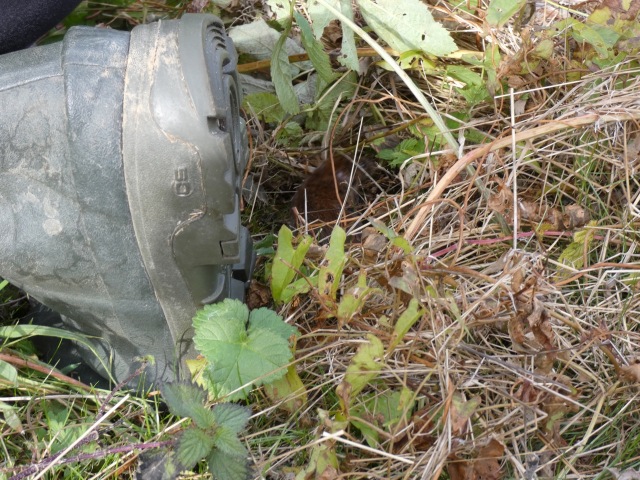 Throughout the whole weekend of surveying the following small mammals were recorded. 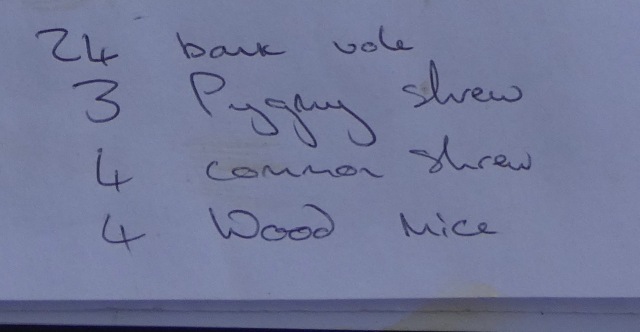 Over the three days, if 3 male Bank voles were caught 3 time in the same trap then it was only recorded as one, as there was no way of telling whether it was the same bank vole returning each night.

A huge thank you to Oxfordshire mammal group especially Chloe for being so patient while teaching me. 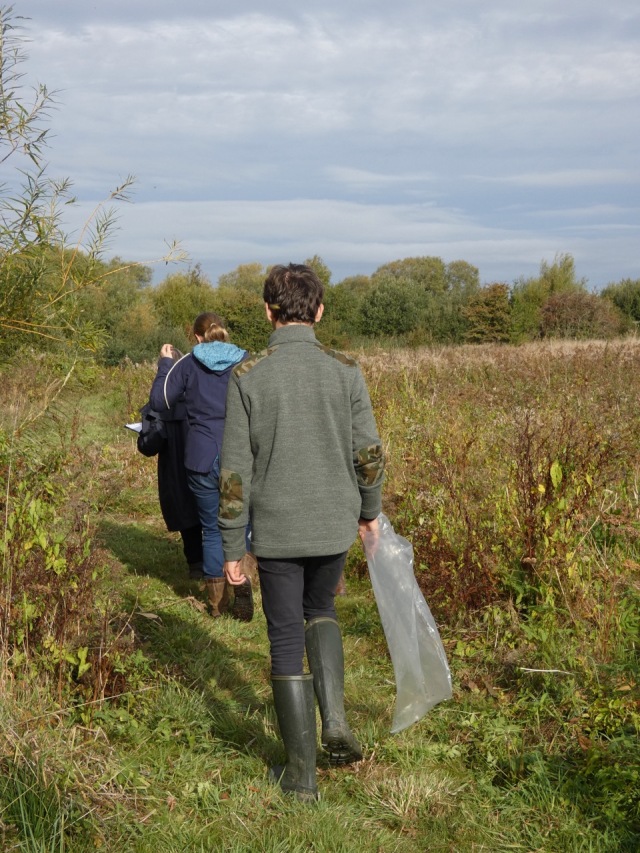 This is my diary of the wildlife where I live in Oxfordshire, and sometimes the places I visit. My passion is for British wildlife, especially Badgers and Hares. This year my debut book "Get Your Boots On" was published I am a keen amateur photographer. All the photographs on this blog are taken by myself unless stated otherwise. I am a member of A Focus on Nature, the network for Young Nature Conservationists, BBOWT, The Oxon Mammal group and The Oxfordshire Badger Group. You can also follow me on Twitter @Appletonwild Instagram appletonwild
View all posts by Alex White - Appletonwild →
This entry was posted in Animals, Blogging, Environment, Local patch, mammals, nature, Nature reserve, outdoors, Oxfordshire, photography, survey, Uncategorized, Wildlife, Wildlife photography and tagged bank vole, common shrew, mammals, nature resrve, Oxfordshire, Oxfordshire mammal group, pygmy shrew, small mammal survey, survey, wildlife, Wildlife photography, Wood mouse. Bookmark the permalink.