While stood at the window watching the Great tits and Sparrows squabbling over the bird feeders and the Jackdaws swinging acrobatically upside down trying to peck away at the fat balls, I noticed high in the sky an unruly flock of birds passing over head.

Within an instant, almost as a second thought, they did a u-turn and swopped down, landing in the Hawthorn hedge across the road.

The first of this years Redwings have arrived on my local patch.

They picked at a few berries, making their ‘seep’ sound, but as a passing car rushed by, they took to the air and disappeared down the road.

Over the next few weeks hundreds more will appear, until the whole of the hedgerows on the road leading out of the village will be alive with Redwings, Fieldfares and Blackbirds which rise in clouds in to the sky with each passing car.

Until the berries are gone when they may venture into the garden after fallen apples. 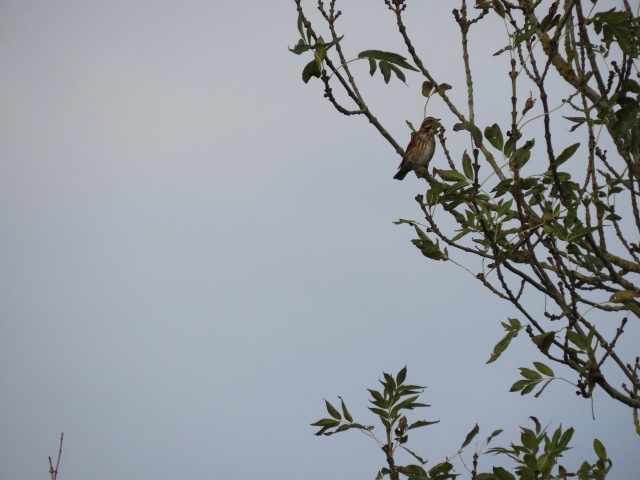 Last week the camera in my garden filmed a Green woodpecker not only looking for grubs in the grass but feeding on an apple.

I didn’t know they ate fruit until I was told on social media that Green woodpeckers will eat fruit when there are less insects around.

This is my diary of the wildlife where I live in Oxfordshire, and sometimes the places I visit. My passion is for British wildlife, especially Badgers and Hares. This year my debut book "Get Your Boots On" was published I am a keen amateur photographer. All the photographs on this blog are taken by myself unless stated otherwise. I am a member of A Focus on Nature, the network for Young Nature Conservationists, BBOWT, The Oxon Mammal group and The Oxfordshire Badger Group. You can also follow me on Twitter @Appletonwild Instagram appletonwild
View all posts by Alex White - Appletonwild →
This entry was posted in Animals, Autumn, birds, Books, garden, Get Your Boots On, hedgerows, Local patch, nature, Oxfordshire, Uncategorized, Wildlife photography and tagged Autumn, birds, Get Your Boots On, hedgerow, Local patch, nature, Oxfordshire, Redwing, wildlife, Wildlife photography. Bookmark the permalink.