Each day around 4pm a raven passes over my house. Occasionally it stops on top of the nearby pylon and calls. Its deep, kraa call means I can hear it coming, long before I see it.

Today it passed over just as the sun was setting. 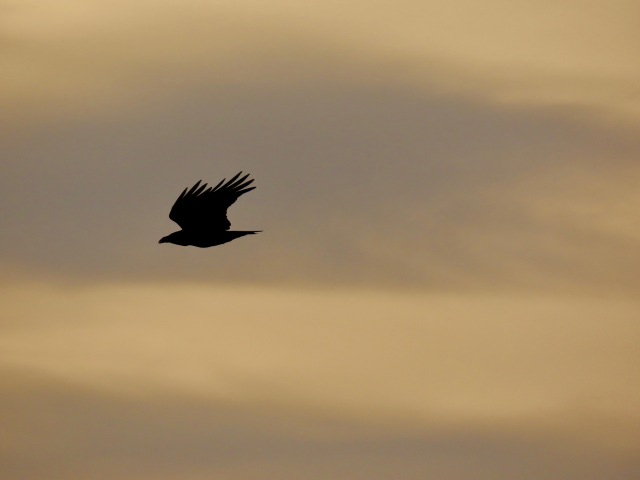 A few facts about Raven’s.

This is my diary of the wildlife where I live in Oxfordshire, and sometimes the places I visit. My passion is for British wildlife, especially Badgers and Hares. This year my debut book "Get Your Boots On" was published I am a keen amateur photographer. All the photographs on this blog are taken by myself unless stated otherwise. I am a member of A Focus on Nature, the network for Young Nature Conservationists, BBOWT, The Oxon Mammal group and The Oxfordshire Badger Group. You can also follow me on Twitter @Appletonwild Instagram appletonwild
View all posts by Alex White - Appletonwild →
This entry was posted in birds, Blogging, Environment, Local patch, nature, Oxfordshire, photography, Uncategorized, Wildlife, Wildlife photography and tagged birds, Environment, nature photography, Raven, wildlife, Wildlife photography. Bookmark the permalink.