Garden Wildlife – Part 14 The swallows are back.

The swallows are back on my local patch, one day later than last year.

The ones I’ve seen are male, normally the older males arrive two weeks before the females. Swallows use the same nesting sites year after year and first year breeders (if they survive) will use a site within half a mile of where they were born. I like to think that the birds I’ve seen over the past couple of days are the same swallows that I watched last year.

Swallows that spend the summer in the UK, spend their winter in South Africa. Travelling up through the Sahara or following the West coast of Africa, through Spain, the Pyrenees and France.

Flying by day, finding food while they can, they can cover up to 200 miles per day, at speeds of between 17 and 22 mph.

It can be a dangerous journey, and many die from exhaustion and starvation so I’m always really excited to hear the telltale sounds of their return.

This photo that I took the other day doesn’t really fit in with the rest of the blog but I wanted to share it with you as it is my favourite photo I’ve taken since the restrictions began. 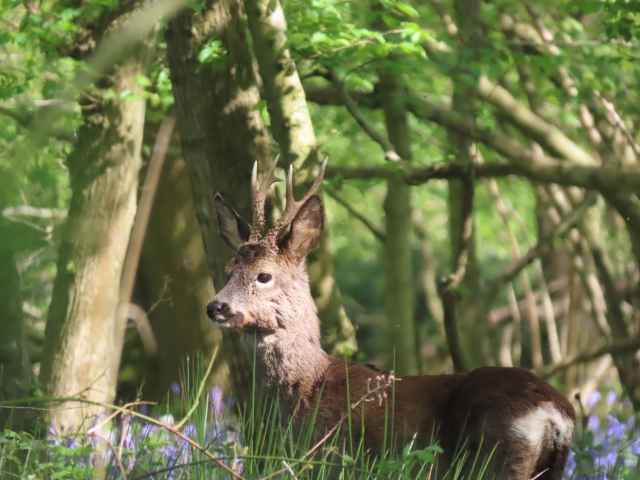 This is my diary of the wildlife where I live in Oxfordshire, and sometimes the places I visit. My passion is for British wildlife, especially Badgers and Hares. This year my debut book "Get Your Boots On" was published I am a keen amateur photographer. All the photographs on this blog are taken by myself unless stated otherwise. I am a member of A Focus on Nature, the network for Young Nature Conservationists, BBOWT, The Oxon Mammal group and The Oxfordshire Badger Group. You can also follow me on Twitter @Appletonwild Instagram appletonwild
View all posts by Alex White - Appletonwild →
This entry was posted in birds, Environment, garden, Get Your Boots On, Local patch, nature, outdoors, Oxfordshire, Stay at home, Uk nature, Uncategorized, Wildlife, Wildlife photography and tagged birds, daily walk, Get Your Boots On, Local patch, nature, Roe deer, Stay Wild, swallow, wildlife. Bookmark the permalink.

2 Responses to Garden Wildlife – Part 14 The swallows are back.