Over the past few weeks of dry weather, we have had quite a few visitors to the garden pond.

First, a female badger turned up and regularly came 5 or 6 times a night to drink. She is lactating so has cubs somewhere. We think it is Arrow, the female from a sett on my local patch.

Mum has been studying the film footage and has worked out that at certain times she comes she has lots of milk, she must then go back and feed her cubs before returning again. Mum is trying to work out how long she leaves her cubs between feeding.

This is the female from last night, front and side view 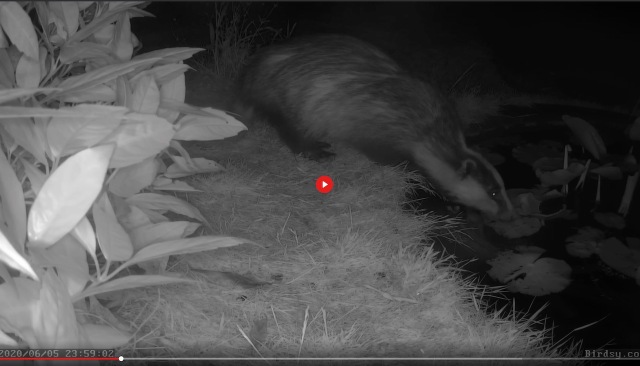 A few weeks later a second badger started visiting. This one’s left eye doesn’t reflect in the light and it has a damaged right ear. 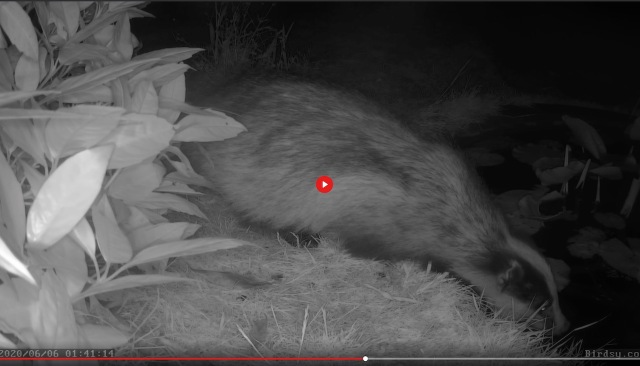 At first we thought it might be Pirate, a badger we have been watching for a long time with a damaged left eye but looking closer at the photos of him from 2018 the white stripe on the side of his face is much longer than our new visitor. 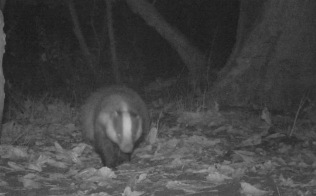 Last night we had a third badger turn up. This one has a split right ear but both eyes are good.

As you can see the ear is split in two.

Looking back over old footage, I filmed the same badger back in February when the scar over his eye was much bigger. 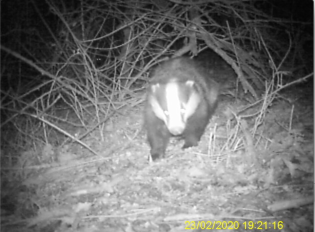 I use this identification sheet from Badgerlands to note down all the different markings that I see on the badgers.

I’m trying to come up with a way, maybe a template on how to measure the white and/or black stripe. The downside is the badger has to be in the same position.

This is the same badger but the template looks different because the badger is at different angles. Although there is still the same bump over the eye and the stripe ends in the same place around the bottom of the ear.

This one is much more square at the nose and dips down much further than the ear lobe, but could be due to having some ear missing

I would be interested to know if anyone has already done studies in identifying different badgers.

This is my diary of the wildlife where I live in Oxfordshire, and sometimes the places I visit. My passion is for British wildlife, especially Badgers and Hares. This year my debut book "Get Your Boots On" was published I am a keen amateur photographer. All the photographs on this blog are taken by myself unless stated otherwise. I am a member of A Focus on Nature, the network for Young Nature Conservationists, BBOWT, The Oxon Mammal group and The Oxfordshire Badger Group. You can also follow me on Twitter @Appletonwild Instagram appletonwild
View all posts by Alex White - Appletonwild →
This entry was posted in 30 Days Wild, Animals, Badgers, Blogging, Citizen science, Environment, Local patch, mammals, nature, photography, science, trail camera, Uncategorized, Wildlife, Wildlife photography and tagged Badger, Badger Identification, Badger watching, Badgers, Local patch, mammals, nature, trail camera, wildlife. Bookmark the permalink.